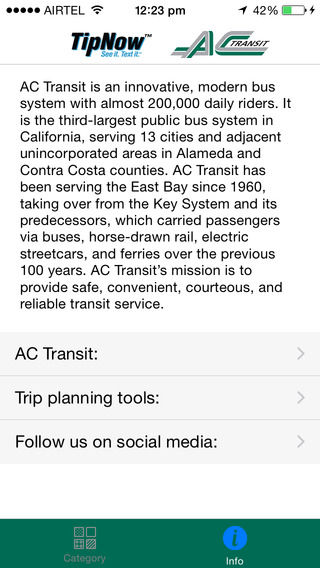 Rahul Kalvapalle — August 17, 2016 — Tech
References: itunes.apple & patch
The Alameda-Contra Costa Transit District authority has gone ahead and launched an innovative new smartphone app, called TipNow-AC Transit, that is designed to make it easier than ever for transit users and commuters alike to go ahead and report suspicious activity when they see it.

Featuring software developed by a company called Resiligence based in Santa Clara, the TipNow-AC Transit can be downloaded through the Apple App Store or the Google Play store. For users to report suspicious activity, all they have to do is enter in the bus number and route before describing the incident.