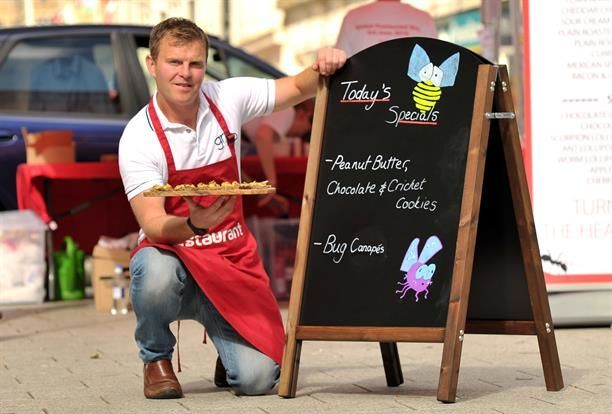 The unusual pop-up may not exactly entice the appetite of everyone, the Rentokil brand is surely given a boost by the stunt. Having premiered in London in 2013, Rentokil hopes to extend the pop-up concept and continue its tour throughout the UK.

The Rentokil 'pestaurant' menu includes such items as salt and vinegar crickets, chocolate-covered mixed bugs and Mexican-spiced meal-worms. The pop-up featured Andy Holcroft in the kitchen, who will be opening Britain's first permanent insect-based eatery in Wales at the end of 2015. Other destination's for the Rentokil event include Boston, Istanbul and Oslo.
2.5
Score
Popularity
Activity
Freshness
View Innovation Webinars