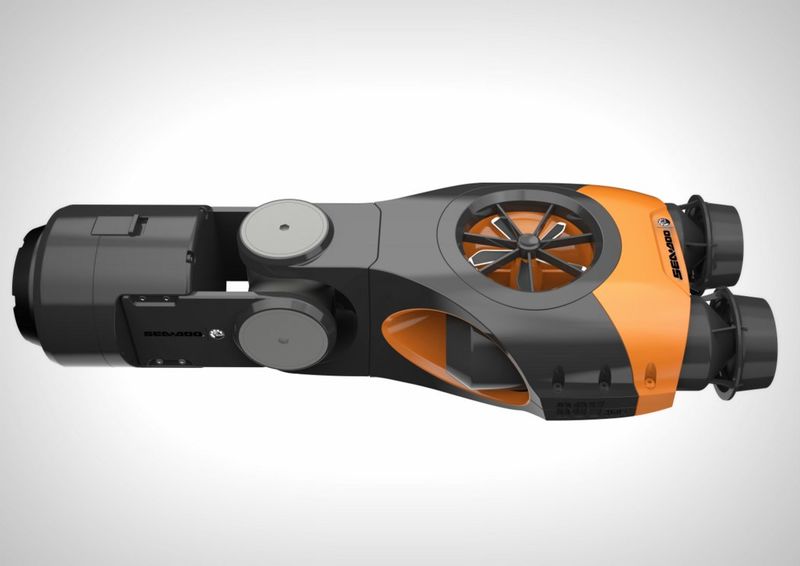 The 'Remote Operated Vehicle' is a Camera-Mounted Submarine Drone

Joey Haar — July 29, 2016 — Tech
References: yankodesign
Aerial drones dominate the skies, offering majestic bird's-eye-view vistas, but the 'Remote Operated Vehicle' concept from designer Ron Ferencz gives consumers an equally awe-inspiring perspective: underwater. The Remote Operated Vehicle, or ROV, is a camera-mounted aquatic drone that could take over the waters the way that aerial drones have taken over the skies.

ROV operates through the use of three fans -- two for horizontal movement and one for vertical movement. At the front of the drone is a camera that attaches via a joint, allowing a nearly 360 degree viewing angle regardless of the orientation of the ROV's body. It can also use the camera joint to swish its body left and right, increasing the speed at which it moves.
7.1
Score
Popularity
Activity
Freshness