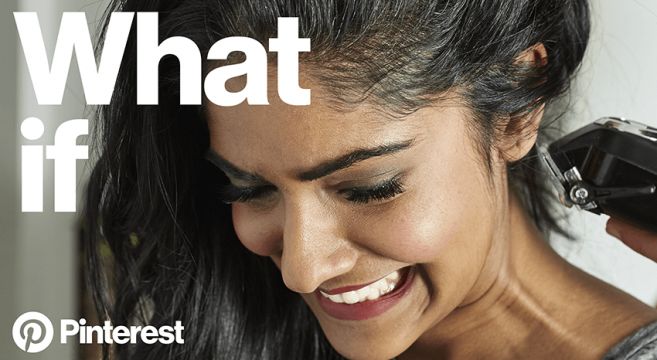 Pinterest is Launching Its First-Ever Ad Campaign via Billboards

Laura McQuarrie — June 8, 2017 — Marketing
References: blog.pinterest & wersm
Share on Facebook Share on Twitter Share on LinkedIn Share on Pinterest
Pinterest is now looking to invite new users to join its social media platform with a new campaign called 'What if.' The most significant feature about this advertising campaign is that it is not being spread across the online realm, but its core message will be shared via Billboards in New York City. This is fitting, as Pinterest states: "Pinterest is all about making plans, getting offline and trying things IRL."

As of late, a number of online-only businesses have been experimenting with a return to traditional forms of advertising by opening brick-and-mortar shops, launching their first-ever television commercials or a print magazine. While many of these large-scale companies do not need to rely on these forms of marketing, the fact that they are so unexpected, and in some cases tangible, makes them all the more alluring to digital consumers.
2.7
Score
Popularity
Activity
Freshness
Access Advisory Services