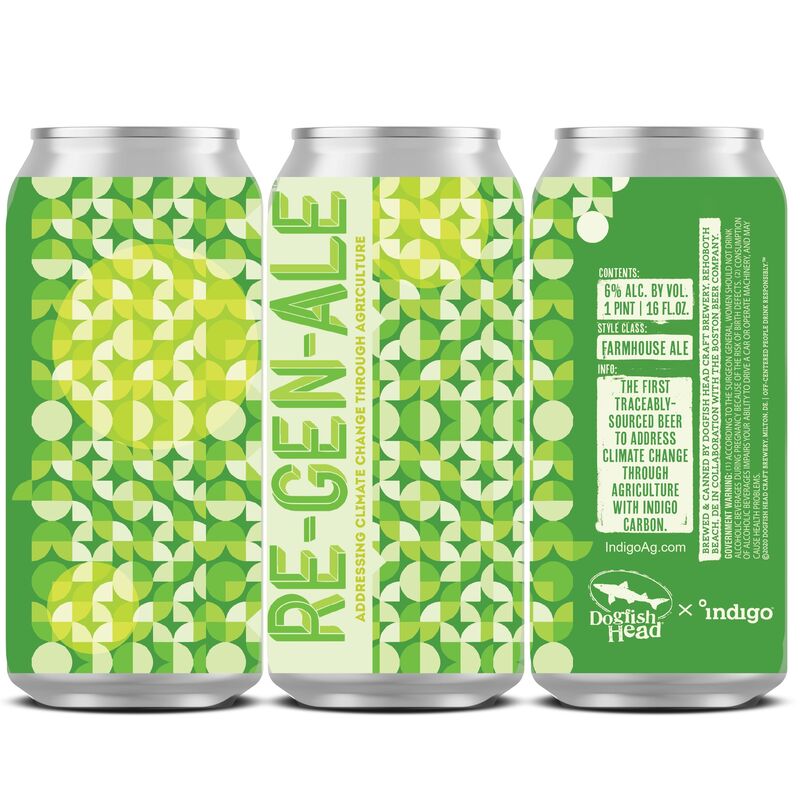 Laura McQuarrie — September 18, 2020 — Eco
References: dogfish & prnewswire
Share on Facebook Share on Twitter Share on LinkedIn Share on Pinterest
Dogfish Head Craft Brewery and Indigo Agriculture teamed up to brew a first-of-its-kind traceably sourced beer called Re-Gen-Ale. Re-Gen-Ale features sustainable wheat grown with regenerative farming and with every pint or can that is consumed, drinkers help to give back to the planet. The farmhouse-style Saison is described as having a "soft, pillowy malt character; peppery, herbal hop profile; and refreshingly dry finish" thanks to the use of traceable ingredients from regional purveyors—including a house-grown yeast strain, malt from Epiphany Malt in North Carolina, Willamette hops from Maine and regeneratively grown wheat from Kansas-based farmer.

Originally, Re-Gen-Ale was and its vibrant green packaging was meant to be launched on Earth Day but is is now being released to help kick off the upcoming Climate Week, which kicks off on September 21st.