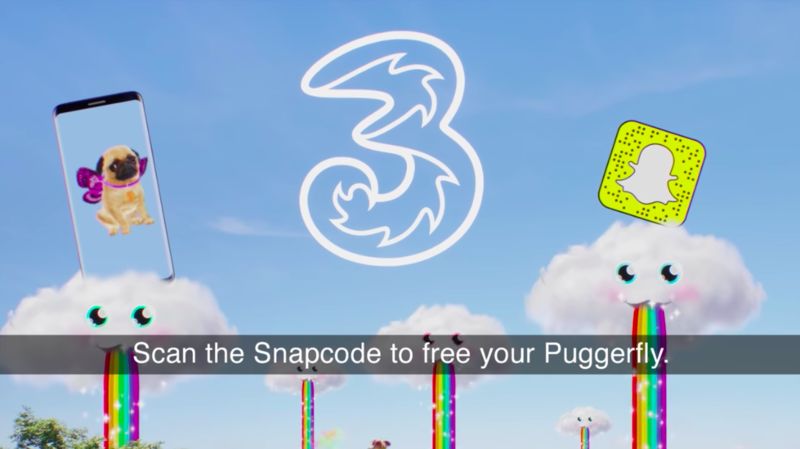 To introduce the world to the Puggerfly, Three is reminding consumers that they need not limit their activity on Snapchat with Go Binge.

As well as existing in the commercial, the Puggerfly may also be interacted with on Snapchat as the platform's first-ever augmented reality pet. Users may play with the winged dog daily and see its transformation from a young Puppyfly to full-grown Puggerfly by the end of a week. Snapchat users will also be able to feed the Tamagotchi-like pet, clean up after it and watch it dance.
5.9
Score
Popularity
Activity
Freshness