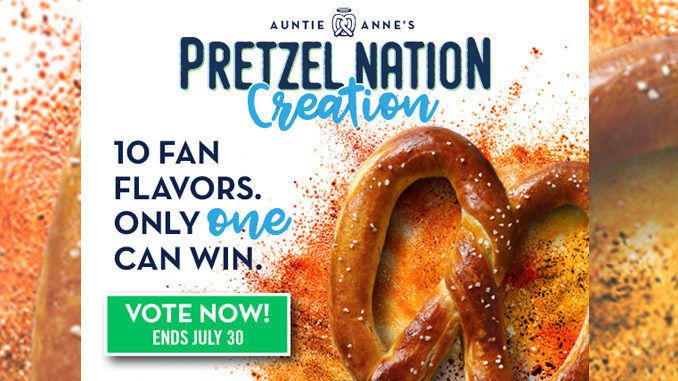 Michael Hemsworth — July 24, 2017 — Marketing
References: pretzelnationcreation & chewboom
Share on Facebook Share on Twitter Share on LinkedIn Share on Pinterest
Putting the power to pick new products in the hands of consumers is a surefire way to help incite more interaction with the brand, which is what's at play with the new Auntie Anne’s Pretzel Nation Creation promotion. The campaign is taking place until July 30 and allows consumers to pick their favorite flavor in order to get it made for a limited time at participating location later on this year. The promotion received over 1,200 suggestions from dedicated fans of the pretzel brand via social media and has been narrowed down to just 10 choices.