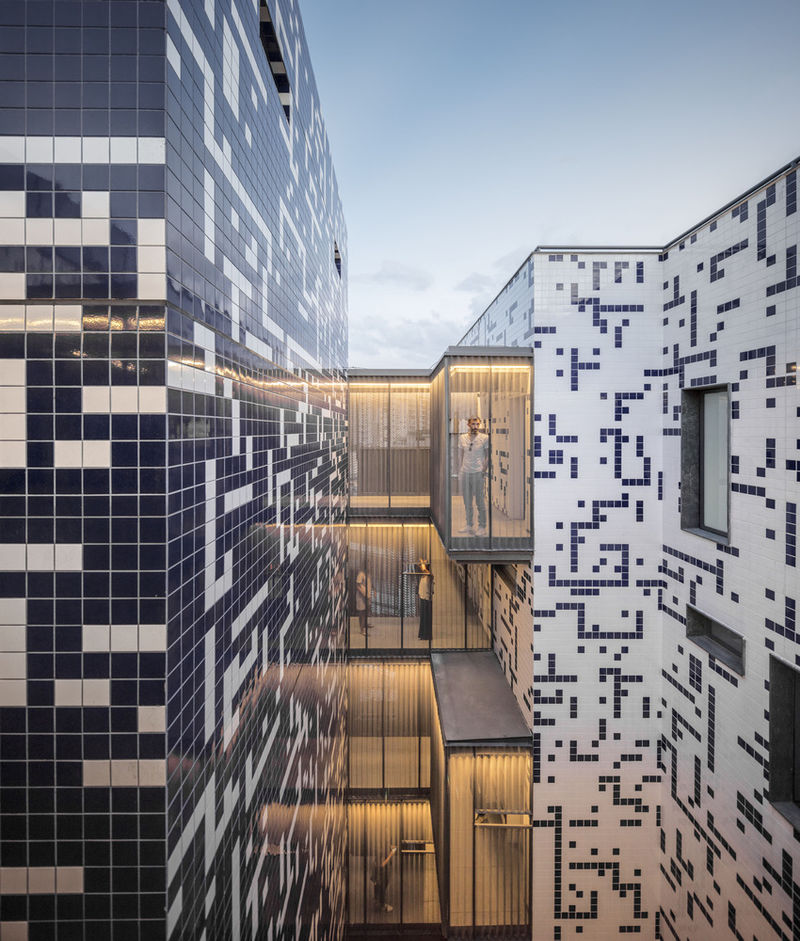 POP XYZ Features a Facade Covered in a Monochromatic Mosaic

Joey Haar — May 23, 2017 — Art & Design
References: archdaily
Share on Facebook Share on Twitter Share on LinkedIn Share on Pinterest
Building facades are often relegated to showing off the materials of the buildings themselves, but POP XYZ breaks that mold. The condo, which was designed by Triptyque, features a facade covered in an abstract, monochromatic mosaic of blue, white, and black.

POP XYZ sits in Vila Madelena, a middle class neighborhood of Sao Paolo, Brazil. Though the mosaic-covered facade is perhaps the most striking aspect of the condo complex, it's irregular layout adds to its interesting appearance. The buildings in the complex are angled from one another in offset patterns, causing the entire series of structures to have an artistic look. That layout isn't entirely for show; it also allows for greater privacy between the units in the complex.
1.7
Score
Popularity
Activity
Freshness
Attend Future Festival Virtual