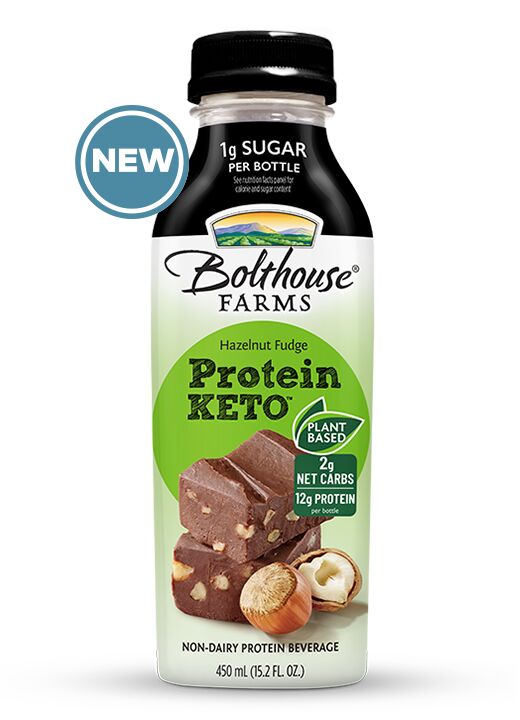 Kalina Nedelcheva — September 1, 2020 — Lifestyle
References: bolthouse
Share on Facebook Share on Twitter Share on LinkedIn Share on Pinterest
Last year, Bolthouse Farms introduced ready-to-drink Keto protein shakes and this year, as promised, the brand launched a plant-based Keto version of its product. The recipe mixes "the right Keto macro-nutrient ratios," with a whopping 12 grams of pea protein and one gram of sugar per bottle. The formula is further enhanced with electrolytes from sea salt and MCT oil from coconut.

Bolthouse Farms' plant-based Keto protein shakes are made available in three flavors that build on the indulgence preferences of consumers. The available options include the 'Hazelnut Fudge,' which stands out with a "decadent blend of chocolate fudge [and] a perfectly nutty finish," the 'Cinnamon Horchata,' which features "a creamy [combination] of coconut and a hint of cinnamon spice," and the 'Mocha Truffle Latte,' which embraces chocolate truffles and a 100% Sumatra coffee with 80 mg of caffeine per bottle.