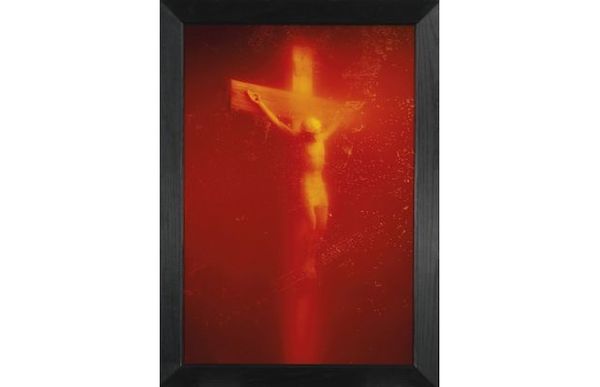 The Contentious 'Piss Christ' Photo Print is Going Under the Hammer

Rahul Kalvapalle — May 14, 2014 — Art & Design
References: sothebys & complexmag
Share on Facebook Share on Twitter Share on LinkedIn Share on Pinterest
When Andres Serrano's 'Piss Christ' photograph came out in 1987, it led to a firestorm of controversy over the artist's perceived disrespect towards Christianity and Jesus Christ. The controversy and debate surrounding the piece will surely be revisited now that one of the original prints is being auctioned at Sotheby's upcoming Contemporary Art Day Auction in New York.

To create the 'Piss Christ' photograph, Serrano took a crucifix and submerged it in his urine before snapping a picture of it.

The print being auctioned is dated 1987 and is numbered '7 of 10,' denoting that it is the seventh of 10 original prints. Sotheby's estimates that the divisive photographic work, which has been exhibited and displayed in several museums and galleries around the world, will go for between $100,000 and $150,000.