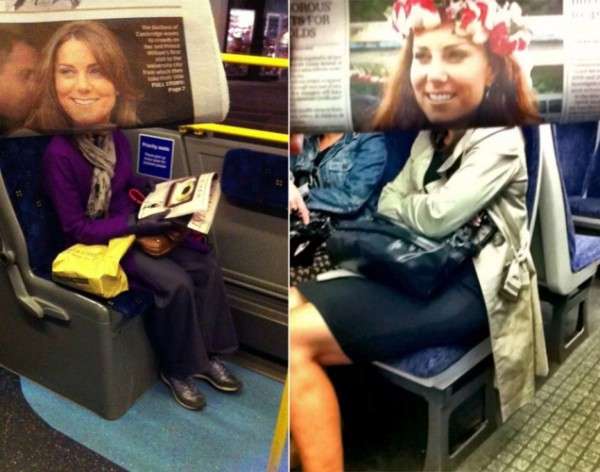 The newspaper photo bomb series is hilarious due to how accurately the faces in the newspapers are matched up with those of the passengers. The compositions they create are unusual and fun.

Daily subway rides to and back from work can undoubtedly get a bit monotonous. However, this comical anonymous has found a fantastic way to induce a taste of creativity to pass their time and created a meme that will surely be shared around for a period of time.
3.4
Score
Popularity
Activity
Freshness

SNL Photobombing
MacGruber Photobombs Will Get You Stoked for his Film