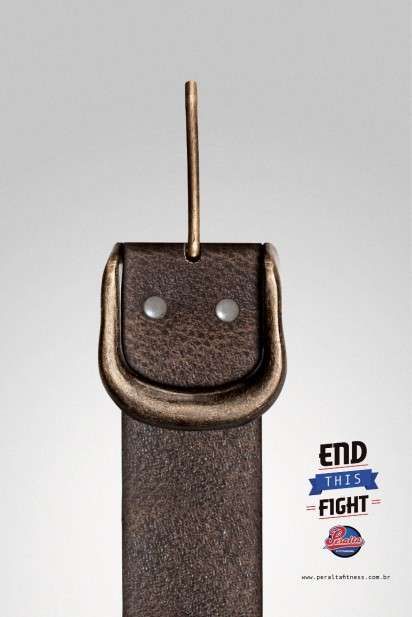 The Peralta Fitness Campaign Urges People to 'End This Fight'

Meghan Young — April 11, 2013 — Marketing
References: ibelieveinadv
Share on Facebook Share on Twitter Share on LinkedIn Share on Pinterest
When it comes to gaining weight, a person's belt can sometimes be their worst adversary; the Peralta Fitness campaign urges people to 'end this fight.' Essentially, it encourages people to be the bigger person while shedding the weight in a proactive and healthy manner. Even if goaded by a bird-flipping belt, in reality, a person is their own worse enemy, nothing else.

The Peralta Fitness campaign was conceived and executed by Fábrica, an ad agency based in São Paulo, Brasil. It was art directed by Rafael Rosa with creative direction by Daniel Santander. Although the inspiration behind the images are rather inappropriate, the ads were tastefully and humorously executed. Photographer Rafael Rosa shot the Peralta Fitness campaign.
1.7
Score
Popularity
Activity
Freshness
Attend Future Festival