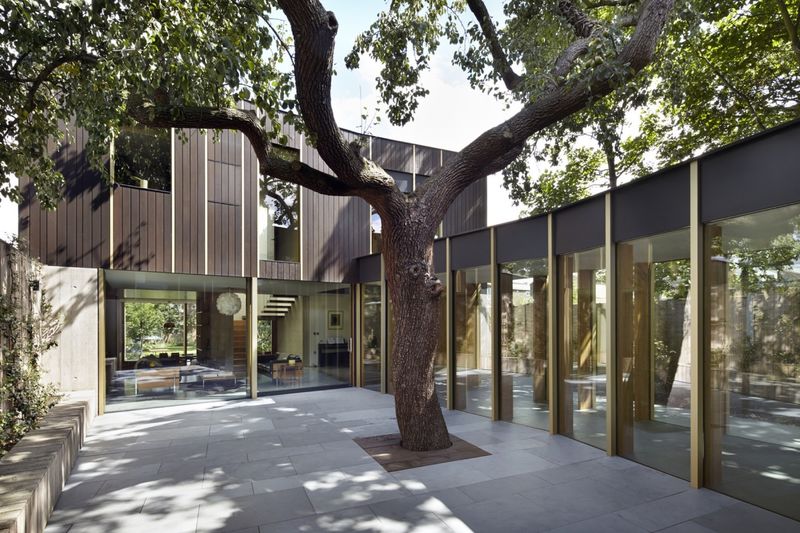 Joey Haar — November 15, 2016 — Eco
References: edgleydesign & archdaily
'Pear Tree House,' a residence built by Edgley Design, is a product of both environmental necessity and preservation. The family home has a courtyard that surrounds and protects a pear tree that's more than 100 years old.

Pear Tree House is built on a site that was previously a Victorian fruit orchard. While most of the orchard growth has since died or been moved, the pear tree on the property still flourishes. Rather than having the pear tree moved away, Edgley Design chose to build Pear Tree House around it, keeping the elder tree as the centerpiece of the property.

Pear Tree House is built on a long and narrow property, with the pear tree in the courtyard at the very center of the building and the other rooms extending out towards the front and the back.
5.6
Score
Popularity
Activity
Freshness