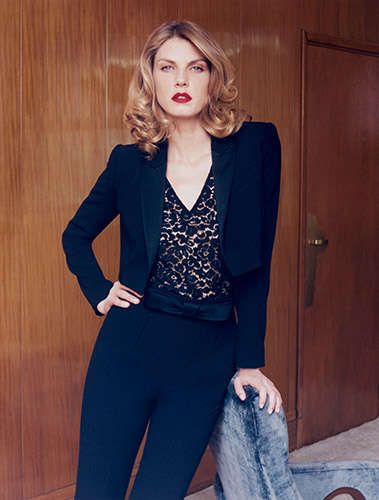 The campaign is accompanied by a story, in which a young office worker is seduced by a man. She abandons her work attire for a glittering cocktail dress, and goes off to meet him. However, the story never reveals whether she gives into the man, but it is implied that she fights him with her independence, and refuses to succumb.

One of the most striking ensembles from the campaign is a power suit in a dark, navy blue. Its tapered lines and flattering V-neck make it a gorgeous ensemble for any female body type, and proves that women can rock the workplace as much as men can.
5.7
Score
Popularity
Activity
Freshness
Get Better and Faster