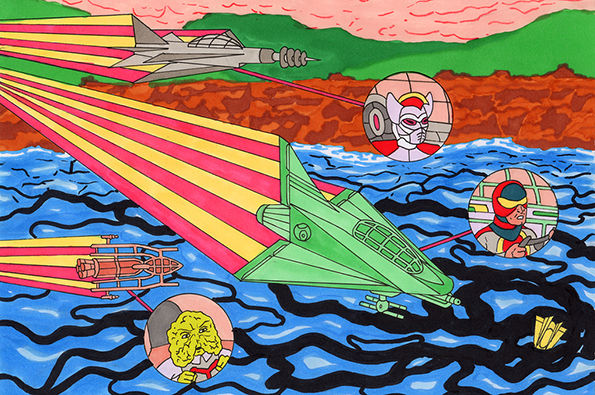 The series serves as a glimpse into Paetzel's overactive imagination. He, like most artists, hasn't lost his child-like zeal for fantasy. In Paetzel's world, there are technicolored skies, winged avengers of justice and robot scientists tinkering around in futuristic laboratories. Actually, Paetzel's series is the future, or at least a creative re-imagining of what the future might look like.

All in all, Paetzel's series is an exhilarating ride that takes you both forward and backwards in time, making you feel like a little kid in a candy shop whose parents told them they could get whatever they want. Indeed, the possibilities are infinite in Paetzel's fluoride-tinted, Sci-Fi fantasy land.
3.6
Score
Popularity
Activity
Freshness
Jeremy Gutsche Keynote Speaker