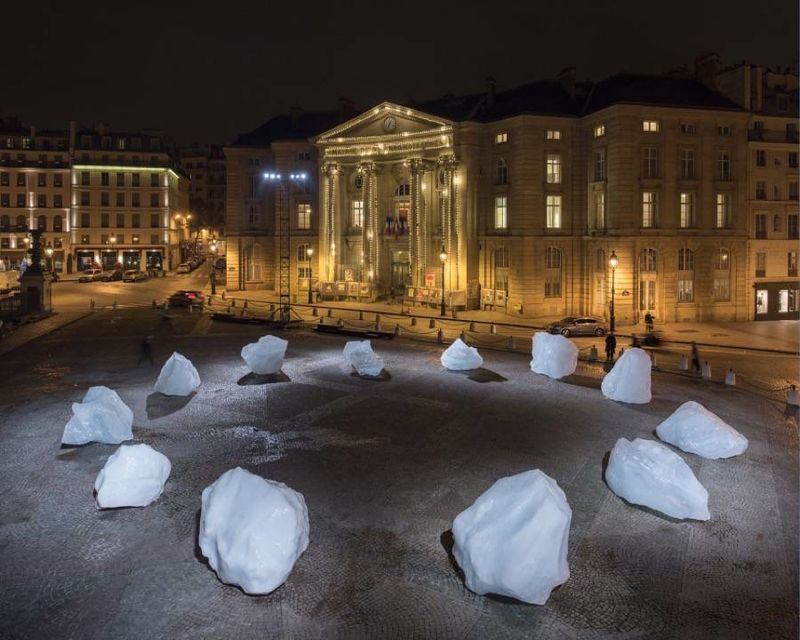 Rebecca Byers — December 10, 2015 — Eco
References: fubiz.net
Share on Facebook Share on Twitter Share on LinkedIn Share on Pinterest
Highlighting the Paris Climate Conference currently underway in the city of lights, several artists collaborated on 'Ice Watch,' which saw the installation of 24-tonnes of ice. A collaboration between artist Olafur Eliasson and geologist Minik Rosing, 'Ice Watch' aims to bring attention to the global climate crisis and its affect on the world's icebergs and inevitably, its oceans.

Set up in a public square right in front of the Pantheon in the heart of Paris, 'Ice Watch' is 24-tonnes of ice from a fjord in Greenland. Coinciding with the Paris Climate Conference, referred to as COP 21, the large-scale political installation is an eye-catching event that is sure to raise the issue as a priority in the minds of citizens.
4.1
Score
Popularity
Activity
Freshness
Access Advisory Services