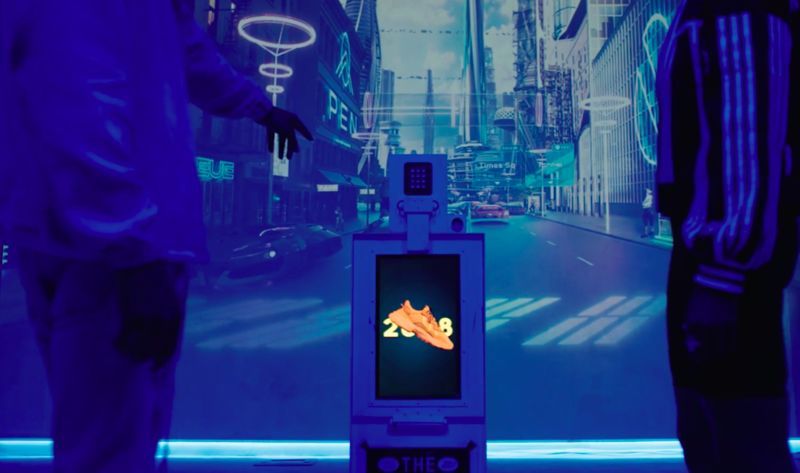 Adidas' Newsstand of the Future Envisions the Ozweego Style's Legacy

Laura McQuarrie — August 13, 2019 — Fashion
References: adidas & adage
Share on Facebook Share on Twitter Share on LinkedIn Share on Pinterest
To celebrate the past, present and future of the Ozweego style it originally launched in 1996, Adidas Originals created the Newsstand of the Future. With a pop-up space in NYC, Adidas is giving people the chance to step into the year 2048 to honor the 50th anniversary of the iconic 90s shoe.

The futuristic experience is initially deceptive and seemingly all too familiar, as it is styled like a fairly classic New York bodega from the outside. After chatting with the cashier, visitors will be welcomed into a portal via the newsstand's fridge that reveals an entirely new room. Within this space, a vision of New York City in 2048 is projected onto the walls and at the center is a newspaper dispenser. Naturally, entering the code "2048" unlocks access to Adidas magazines featuring the new Ozweego shoe, with select editions containing free tickets for Ozweego sneakers.
6.8
Score
Popularity
Activity
Freshness
Get Better and Faster