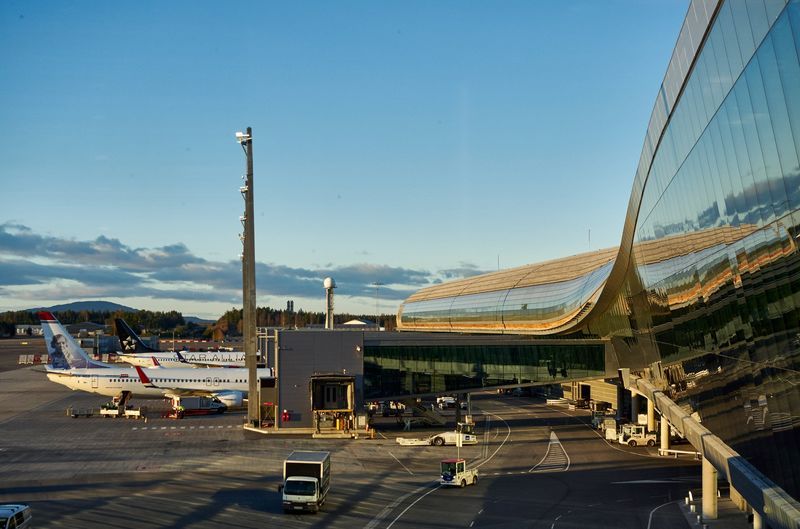 Joey Haar — April 27, 2017 — Art & Design
References: dezeen
Share on Facebook Share on Twitter Share on LinkedIn Share on Pinterest
The Oslo Airport recently received a new addition from Nordic Office of Architecture, the same architecture firm that originally designed the building in the 1990s. The new wing is distinctly modern, though, with a tubular extension that curves at a junction, contributing to a wave-like layout.

The new wing of the Oslo Airport stretched 300 meters, and its curved, circular roof gives the building an open and airy feel on the interior. That roof is made from a combination of reflective glass and timber sourced from Scandinavian forests — two materials that aren't typically seen to curve so dramatically in other works of architecture around the world.

The extension adds 140,000 square meters of space to the airport, which in turn increases the capacity to an estimated 35 million passengers per year.
2.5
Score
Popularity
Activity
Freshness
View Innovation Webinars