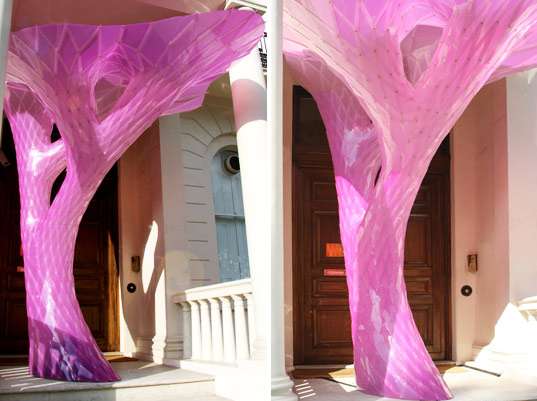 Annie Ho — June 28, 2010 — Eco
References: orproject
If you are ever in London, England and see the OR2 Chandelier by Orproject, fear not! It is not an alien takeover object, but rather it is a chandelier. During the daytime, it may look odd; however, once night rolls in the chandelier lights up beautifully.

The OR2 Chandelier by Orproject is also eco-friendly. It doesn't use electricity and this lighting masterpiece takes all its power from the sun. Beautiful and funky-looking, who wouldn't love that?
5.3
Score
Popularity
Activity
Freshness