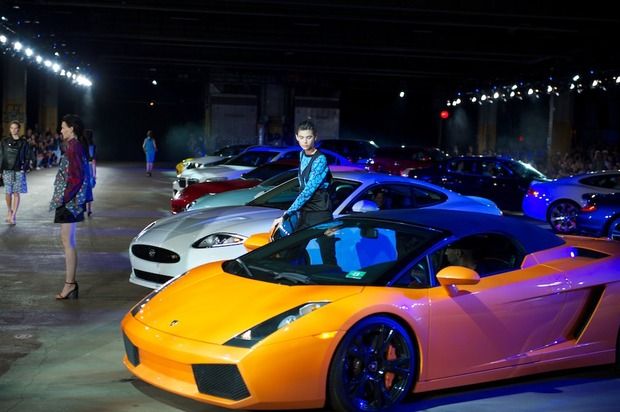 This Opening Ceremony Fashion Show had Models Drive Up in Style

Laura McQuarrie — September 16, 2014 — Autos
References: openingceremony.us & coolhunting
Share on Facebook Share on Twitter Share on LinkedIn Share on Pinterest
The BTW Opening Ceremony fashion show would have been a spectacle to attend, featuring everything from a pop-up retail space to food vendors like the Dominique Ansel Bakery (creator of the Cronut), a booth on wearable technology and to culminate the immerse fashion experience, a showy display of some of the world's hottest luxury cars. Surrounded by all of the most cutting-edge food, cars, technology, it would have been hard to see the new Opening Ceremony collection as anything but innovative.

Rather than just being accessories to the show, fleets of luxury vehicles from Audi, Bentley, Lamborghini, and Mercedes-Benz were used to transport models to the runway. The Spring/Summer 2014 collection was just as sleek and sporty as the cars, featuring details like visors and geometric prints that meshed perfectly with the sleek autos.
2.5
Score
Popularity
Activity
Freshness
Attend Future Festival