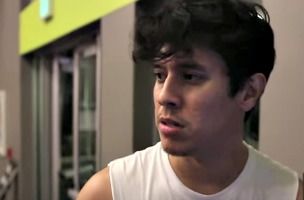 The six-part series will feature Ochoa going about trying to learn and master lucha libre, or Mexican wrestling. The series will follow Ochoa's training regimen and progress, culminating in a match against a real luchador or Mexican wrestler. Interestingly, this online documentary series will only be available on YouTube, Facebook and Flama.com. It will be supplemented by content on Ochoa's YouTube channel that will document the project.