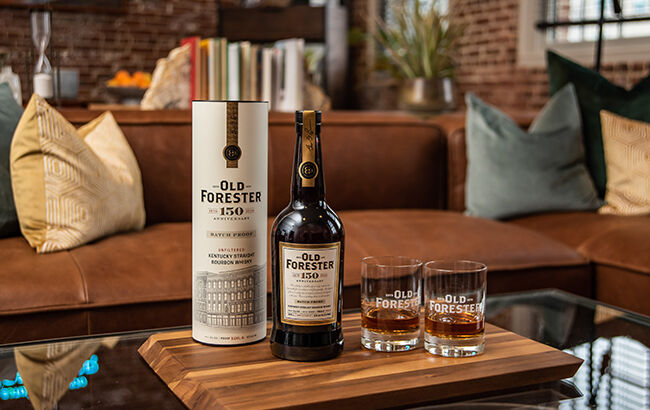 The Limited-Edition Old Forester Bourbon will Release Next Month

Michael Hemsworth — September 26, 2020 — Marketing
References: oldforester & thespiritsbusiness
Share on Facebook Share on Twitter Share on LinkedIn Share on Pinterest
A limited-edition Old Forester Bourbon will be launched by Brown-Forman next month as an exclusive anniversary spirit that celebrates the distillery's 150 years in operation. The spirit pays homage to George Garmin Brown's original process and consists of three batches that are each unfiltered and presented at different batch strengths to increase complexity. This consists of batch one, two and three, which have ABVs of 62.8%, 63.2% and 63.4% and are limited to just 46, 48 and 43 barrels, respectively.

Master Taster Jackie Zykan spoke on the new limited-edition Old Forester Bourbon saying, "We designed the expression to share our unique story. George Garvin Brown was an entrepreneur and an innovator. I have composed three unique blends to honour his process of batching from the three original distilleries. Each captures a distinct facet of the beloved Old Forester flavour profile, each upholding his highest standards of quality.”
3.8
Score
Popularity
Activity
Freshness
Attend Future Festival Virtual