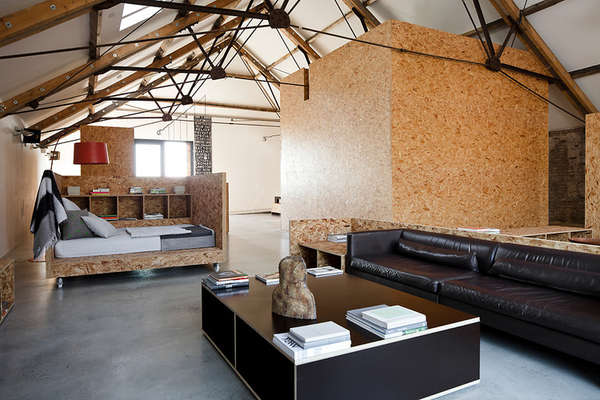 Meghan Young — September 20, 2012 — Art & Design
References: ct-architects & fastcodesign
Share on Facebook Share on Twitter Share on LinkedIn Share on Pinterest
The Ochre Barn has been given a stunning contemporary facelift that has nevertheless left most of the original structure unchanged. Treating the 150-year-old structure as though it were listed, which in Britain means it can't be altered without express permission from the local planning council, Carl Turner Architects modernized the property while enhancing its existing beauty.

From exposed posts and beams to crisp white walls, the Ochre Barn may sound old school, but the design proves otherwise. Converted into a large open space, the Ochre Barn is bright and airy with only modern furniture and decor accenting the traditional facade. It is the liberal use of oriented strand board, however, that really transforms the space into something that straddles two worlds.
4.3
Score
Popularity
Activity
Freshness
Get Better and Faster