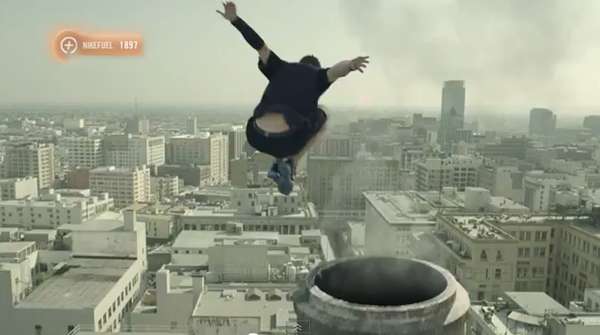 Katherinev123 — July 2, 2012 — Lifestyle
References: gameonworld.nike & psfk
Share on Facebook Share on Twitter Share on LinkedIn Share on Pinterest
The Nike 'Game On, World' campaign aims to demonstrate how using Nike's high-tech fitness tracking systems can help push athletes to work harder and achieve their goals. Likening athletics and sports to video games, the campaign features a promo spot that has athletes running and jumping across buildings the way a video game character like Super Mario would.

According to Nike's YouTube channel, "Sport is the ultimate game, and athletes are the ultimate players... The more you play, the better you get." This notion presents itself in the Nike 'Game On, World' campaign through its emphasis on integrating technology with its high-performance sports shoes. For instance, athletes can track their workouts while wearing the Nike+ Pressure Sensor and shoes such as the Nike Lunar TR 1+.

Gamification is becoming prevalent in marketing and advertising, and now Nike demonstrates how everyday activities -- such as your exercise routine -- can be gamified.
5.2
Score
Popularity
Activity
Freshness
View Innovation Webinars