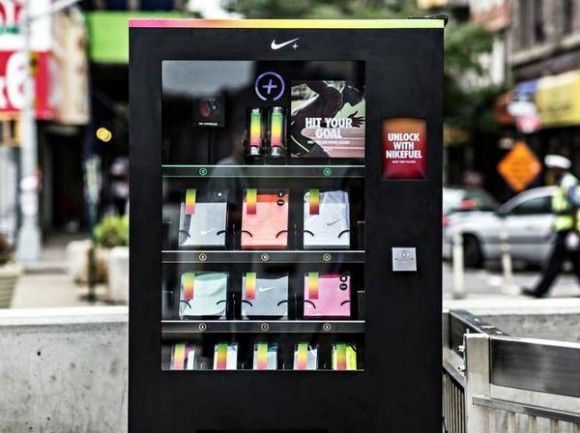 Laura McQuarrie — July 19, 2014 — Lifestyle
References: twitter & engadget
Share on Facebook Share on Twitter Share on LinkedIn Share on Pinterest
A Nike FuelBox recently appeared and disappeared from New York City as quick as it came—you had to be fast to catch it. The special, secretive vending machine popped up and rather than in an exchange for cash, the machine rewarded fitness junkies with goods in exchange for the points they have collected with use of the Nike FuelBand on the same day.

Items in the vending machine included things like hats, shirts and socks, which is a great way to encourage people to improve their health, even if it is just for the purposes of getting swag. Items were priced between about 500 and 1,000 points, meaning that you really had to work up a sweat to get the good stuff. A Tweet from Nike NYC on July 17th confirmed that the FuelBox has gone for now, and there's no telling where it's headed next.
4.8
Score
Popularity
Activity
Freshness
Attend Future Festival