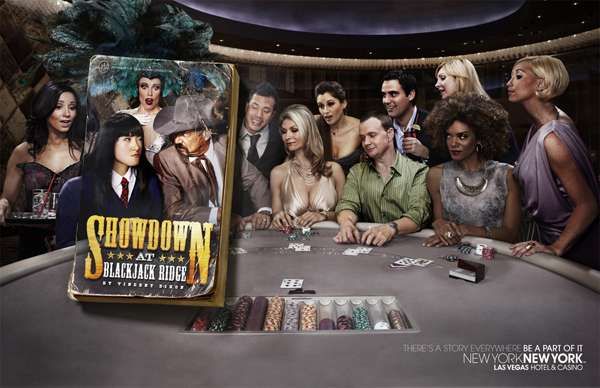 Meghan Young — August 20, 2011 — Marketing
References: nyny.promo.eprize & adrants
Share on Facebook Share on Twitter Share on LinkedIn Share on Pinterest
The New York-New York Hotel and Casino ad campaign is jumping on the book cover bandwagon. Like other similar print ads and photo series, this campaign superimposes creative covers onto typical Las Vegas scenes, showing that "There's a story everywhere," as the slogan goes. Considering that the ultimate stories often rest between these covers, it is no wonder that this concept was embraced.

Conceived by David & Goliath, New York-New York Hotel and Casino ad campaign likens its hotel experiences to tales that will be told for years to come. Although this idea may conflict with the infamous saying, "What happens in Las Vegas, stays in Las Vegas," it does articulate quite well just how much fun is to be had in this city of vices.
2.1
Score
Popularity
Activity
Freshness
Get the 2021 Trend Report FREE