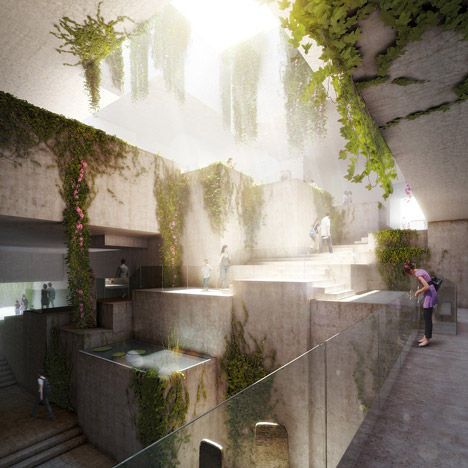 The new museum will occupy the Northern end of L’Aurora Park and will be home to a diverse collection of historical relics taken from the Mayan regions.

The exterior of the construct is completely covered in stone, featuring openings throughout the building to allow natural sunlight and natural ventilation to flow in. The interior design will feature traditional Mayan architecture found in temples, with a courtyard in the center called a cenote, a traditionally natural sinkhole that is “open to the sky and lushly planted, the eight-storey cenote functions as the heart of the museum, its displays, and its activities,” says architect Roberto de Oliveira Castro of Over, Under.
5.1
Score
Popularity
Activity
Freshness
Attend Future Festival