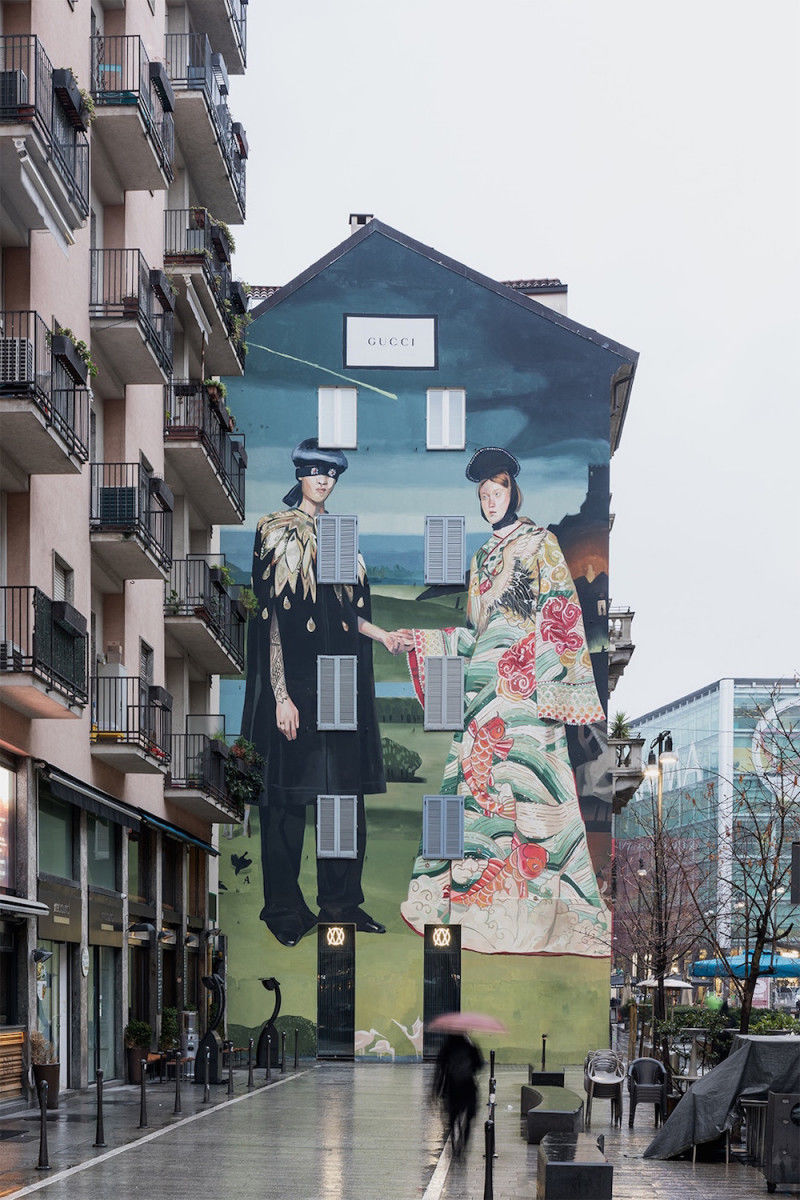 Gucci Embarks on a Large-Scale Mural Project in New York

One can draw distinct parallels between high art and high fashion in this artful campaign, as Ignasi Monreal's murals are a modern interpretation of acclaimed 'The Arnolfini Portrait' (Jan van Eyck, 1434) and 'The Garden of Earthly Delights' (Hieronymus Bosch, 1515).

This mural project in New York City is estimated to last about two months time, hence passers-by should take advantage and marvel at the grandeur of these modern Renaissance large-scale interpretatoions.