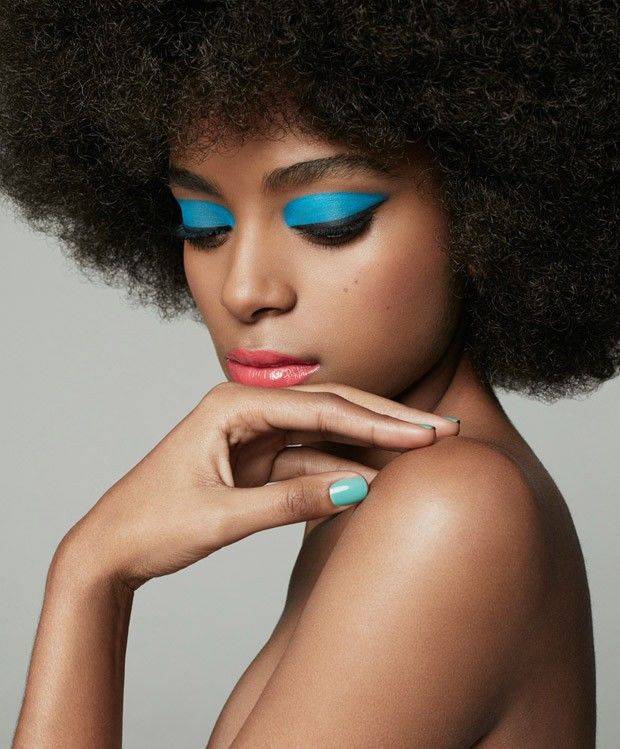 'Shades of Beauty' is lensed by 2b Management photographer Richard Bush and boasts hair and makeup looks by the talented Kerry Warn, Peter Phillips and Isamaya Ffrench. Legendary fashion editor Carine Roitfeld also teams up with Bush to bring this editorial's visual theme to life and collaborates with set designer Louis Benzoni who opts for a stark studio backdrop.

Highlighting an array of multicultural beauty looks, this feature is a celebration of diversity and sets a vibrant tone for the upcoming season. Its most notable looks include electric turquoise eyeshadows, gold lids and even crimson mascara looks along with vivid lipsticks in both tropical and metallic tones.