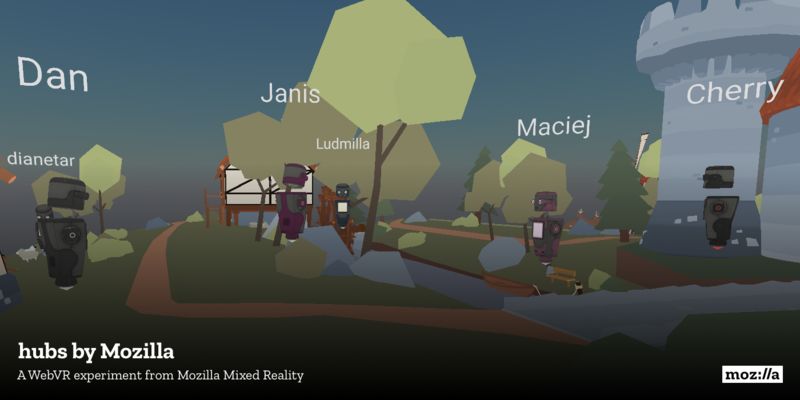 Joey Haar — April 27, 2018 — Tech
References: hubs.mozilla & digitaltrends
One of the common criticisms levied against virtual reality is that the technology is inherently isolating, but 'Mozilla Hubs' show that VR has the potential to engender socialization. The newly announced VR system creates chatrooms that are accessible via any headset, giving users a space to communicate through both speech and movement.

Mozilla Hubs are based within the Mozilla browser, so they have a very low barrier of entry. Users don't have to own an expensive, high-powered VR headset; they can gain access to their friends' Mozilla Hubs with something as simple as a Google Cardboard and their smartphones. Users can even skip the VR aspect entirely and enter chatrooms two-dimensionally through mobile, laptop, or desktop computers.
1.2
Score
Popularity
Activity
Freshness