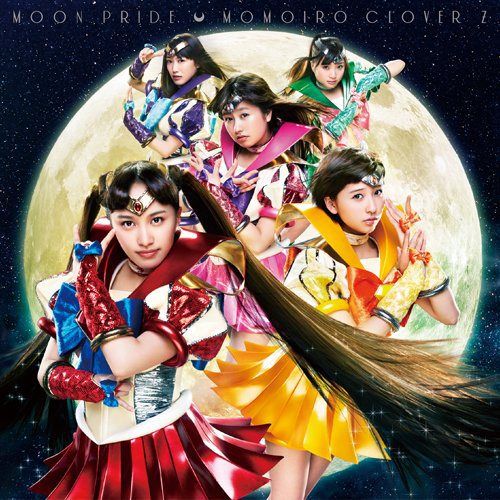 Laura McQuarrie — July 8, 2014 — Pop Culture
References: natalie.mu & en.rocketnews24
Share on Facebook Share on Twitter Share on LinkedIn Share on Pinterest
'Moon Pride' is the name of the new opening theme song to Sailor Moon Crystal, performed by the girl group Momoiro Clover Z. As a tribute to the new version of the anime cartoon, there have been two versions of the song released on CD, including one with art of the Sailor Scouts by Sailor Senshi, as well as another one with the members of Momoiro Clover Z in Sailor Moon cosplay. With five group members, it's a perfect fit for the group to mimic characters like Sailor Mars, Venus and Jupiter, although there is no Sailor Moon.

The special illustrated Sailor Moon edition retails for just over $18, while the CD with the cosplayers on the cover sells for just a little less at $12. The CDs are set to hit store shelves in Japan as of July 30th.
1.5
Score
Popularity
Activity
Freshness
Get Trend Hunter Dashboard