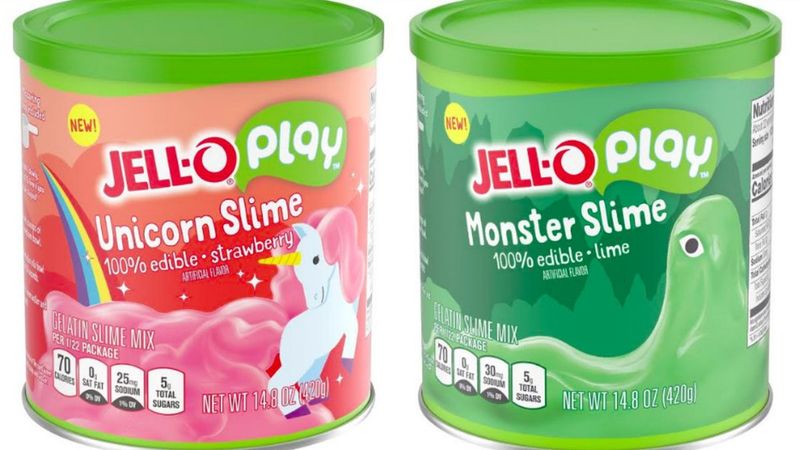 Released as part of the JELL-O Play lineup, Unicorn Slime and Monster Slime allow kids to actually play with their food. Both versions of the slime consist of stretchy, colorful gelatin that can be prepared simply by adding water. Kids can then stretch the slime to their heart's content and even take a bite out of it as the slime is made from nothing more than food starch, sugar, and gelatin. As the brand so succinctly puts it, "you can play with it and eat it!"

For those who are looking for a particular kind of slime, the Monster version is lime green, while the Unicorn version is bright pink.