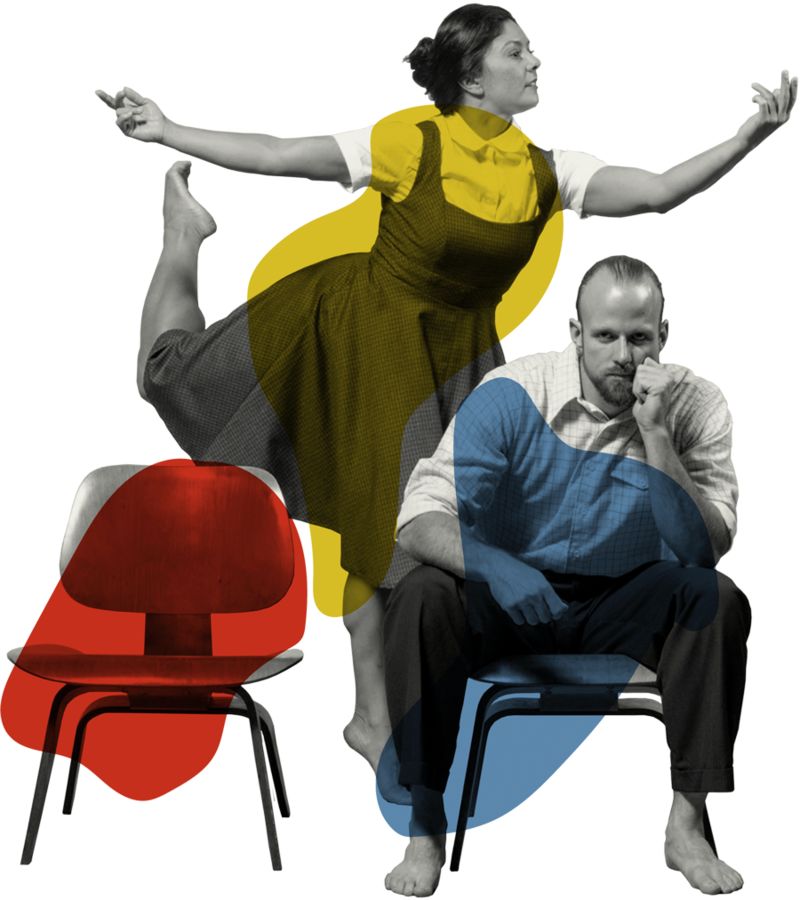 'EAMES' is a Contemporary Dance Show Based on the Iconic Couple

Joey Haar — January 26, 2018 — Art & Design
References: kdc-eames & fastcodesign
Ray and Charles Eames are among the most influential designers of the mid-century modern movement, and they've had such an impact on the creative world today that a San Francisco dance company has endeavored to turn their story into a mid-century modernist dance show. The contemporary dance show, which has a three-day run this weekend, aims to highlight the designers' relationship with one another — and the relationships that their interior designs fostered for people around the world.

EAMES is an exploration of the turmoil in 1950s America as represented through the couple's relationship. The show focuses in specifically on Ray, representing her as four dancers: one for the primary character, and four others in brightly colored dresses to represent different aspects of her personality. Considering the way in which Ray specifically had to navigate gender roles in designing things with her husband, that investigation is a worthy one.
1.5
Score
Popularity
Activity
Freshness