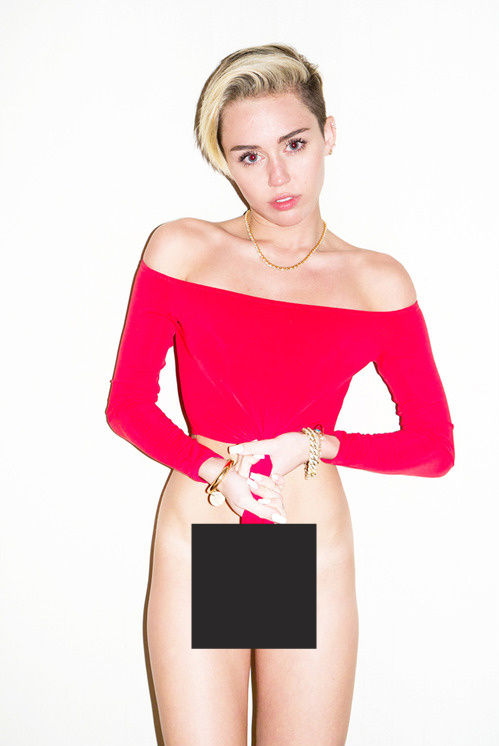 Now, Cyrus sheds her clothes again for a another round behind Richardson’s lens. Cyrus poses topless in a pair of lacy tights, in a see-through sweater and leather pants, and a particularly skimpy red jumpsuit. It’s not all about being sexy, however; Cyrus shows off her playful side in a Technicolor graphic tee, eating ice cream, smoking cigarettes and posing with her tongue sticking out in her signature cheeky move.

Miley seems determined to keep pushing the envelope, and I have a feeling this is not the last Cyrus-Richardson collaboration we’ll see.