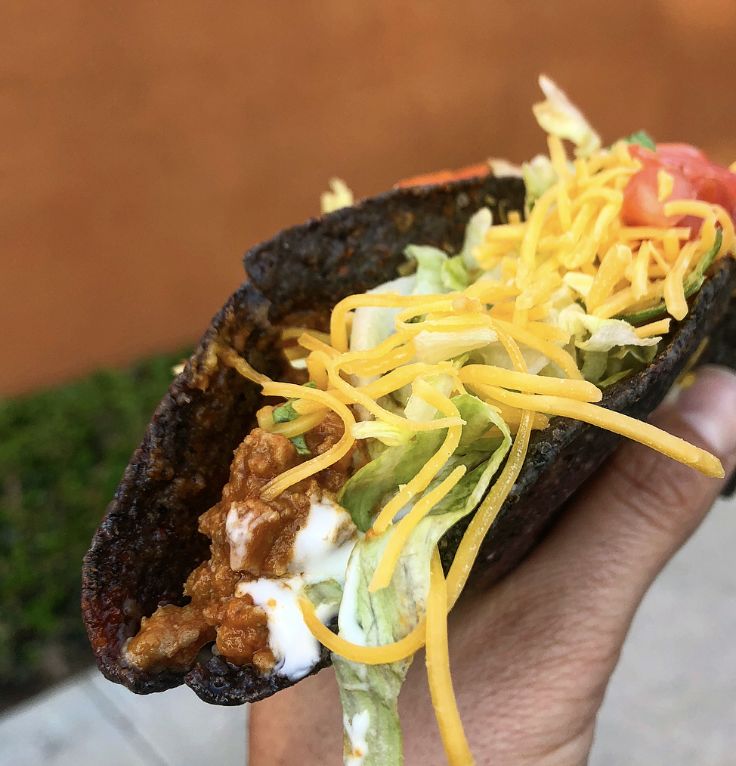 The Midnight Melt Taco is a gourmet twist on a classic Taco Bell offering. Instead of an ordinary tortilla shell, the dish is made with blue corn taco shells, resulting in an extra pop of color. The Midnight Melt Taco is then dressed with traditional Taco Bell fixings, including seasoned beef, shredded cheese, lettuce, tomatoes, and sour cream. However, there is a surprise extra layer of melted cheddar and Monterey Jack cheese inside the taco that sets it even further apart from the chain's regular offerings.

While the blue tacos are only being tested at 12 locations in Orange County, California, those who live nearby have a chance to sample the snack for just one dollar apiece.