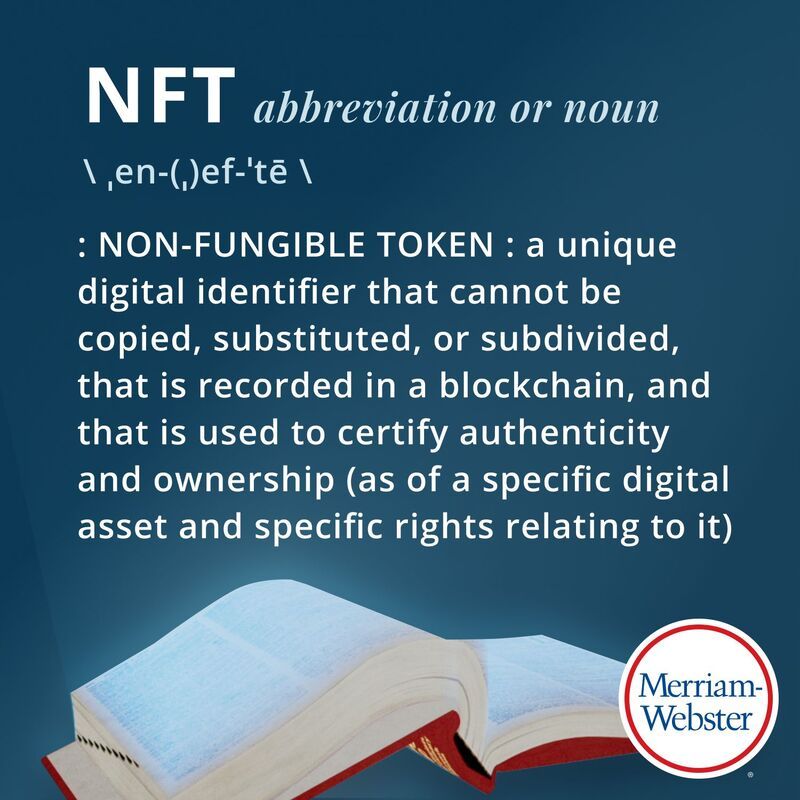 Merriam-Webster is Selling Its Definition of an NFT, as an NFT

The NFT will be sold as an exclusive animation, which shows a Merriam-Webster dictionary opening up to reveal the definition, which is listed as "a unique digital identifier that cannot be copied, substituted, or subdivided, that is recorded in a blockchain, and that is used to certify authenticity and ownership (as of a specific digital asset and specific rights relating to it).'"

The NFT is currently being auctioned on OpenSea, where the top bid has already surpassed $20,000. Net proceeds from the sale will go towards Teach For All, a global network that brings educational opportunities and support to children in need.