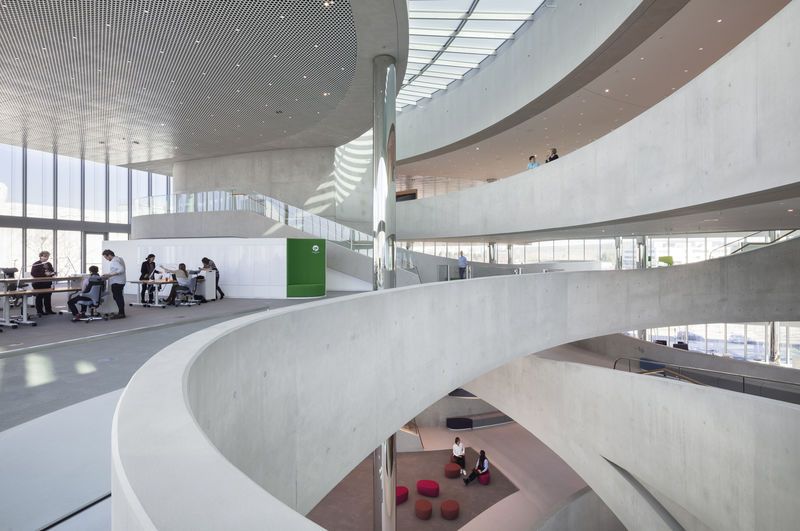 The Merck Innovation Center Has a Series of Complex Staircases

Joey Haar — June 1, 2018 — Art & Design
References: archdaily
Share on Facebook Share on Twitter Share on LinkedIn Share on Pinterest
Many would argue that the greatest innovations arise when people are able to make connections between areas that seem completely disconnected from one another, and the Merck Innovation Center's interior makes that philosophy a material design. The building's interior features three different concrete walkways that cross each other at unusual angles and lead to unexpected areas of the building, allowing people to move through it in the same way as ideas moving from one industry to another.

From the outside, the Merck Innovation Center has a modern aesthetic. It is mostly covered in glass, symbolizing the company's willingness to see through the obstacles that might be ahead. Aside from the swirling concrete, the interior also features a single polished steel pole that extends from the ground to the ceiling.