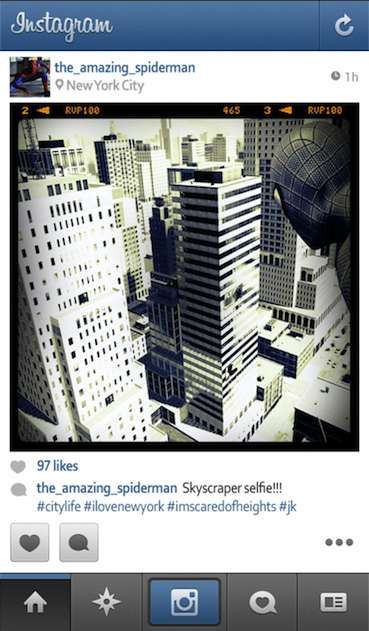 These Fake Uploads Suggest Even Heroes Can be Social Media Addicts

The Instaddicted heroes upload sweeping views and write hilarious hashtags. It seems even Peter Parker and Tony Stark take time out of their evil-fighting day to take pictures, ruminate over the right filter and think of a funny caption, only to text their BFF asking them to like their new pic since no one else has. Even Bruce Wayne engages in comment wars—a telltale sign of a social media addict.