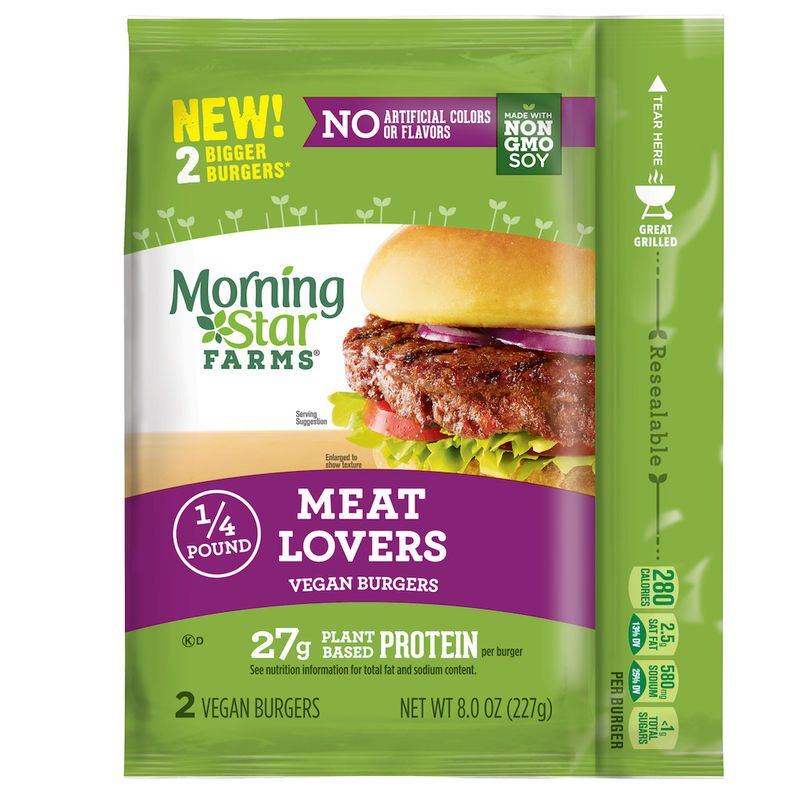 Laura McQuarrie — May 19, 2018 — Lifestyle
References: morningstarfarms & livekindly.co
Share on Facebook Share on Twitter Share on LinkedIn Share on Pinterest
Over the past few years, many highly realistic meat-like meatless burgers have been launched, appealing to a consumer who favors plant-based diets for ethical reasons over an aversion to meat—MorningStar Farms' newest plant-based patty, the 'Meat Lovers Vegan Burger' appeals to this kind of individual. The burger is said to be just like "the real deal" and it promises not to leave meat-eaters missing out on their favorite parts of the eating experience, such as beef's protein content or its flame-grilled flavor.

A rise in plant-based eating has resulted in the release of many new products for vegans and vegetarians, but also plenty of new options that have the potential to win over open-minded meat-eaters.
4.4
Score
Popularity
Activity
Freshness
Get Trend Hunter Dashboard