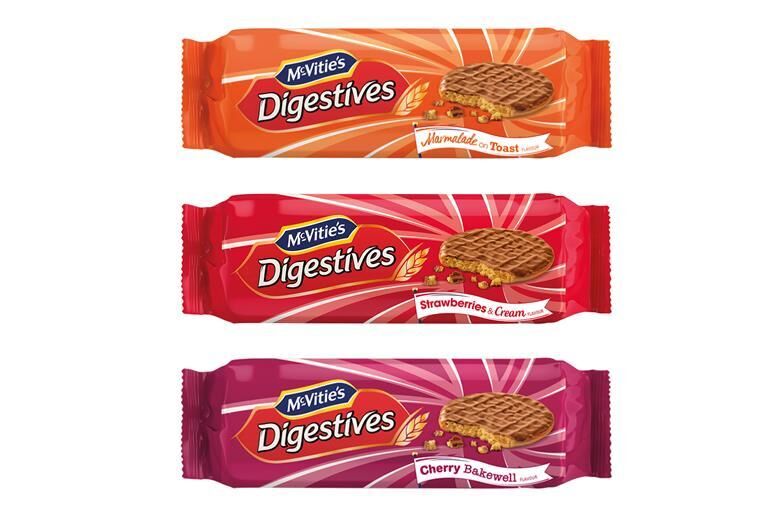 Michael Hemsworth — February 14, 2020 — Marketing
References: pladisglobal & conveniencestore
A trio of McVitie’s Digestives biscuits are being launched by Pladis to help offer consumers a tasty treat to nibble on when cheering for Great Britain at the upcoming Tokyo 2020 Olympics. The new biscuits come in the Marmalade on Toast, Cherry Bakewell and Strawberries & Cream flavor options, which are all inspired by iconically British treats. Consumers can have their say with which one is their favorite using the hashtag #SaveYourFave with the most popular option becoming a permanent offering.

Brand Director for McVitie's at Pladis UK&I Emma Stowers spoke on the new biscuits saying, "Team GB and McVitie’s both have a proud heritage and have been bringing British people together for many years. As part of our partnership we knew that we wanted to create a big buzz around this year’s Olympic Games and help the nation cheer on Team GB from their own homes. And, what better way to do this than by launching a range of distinctively British, limited-edition flavours to the McVitie’s Chocolate Digestives range?"
5.1
Score
Popularity
Activity
Freshness