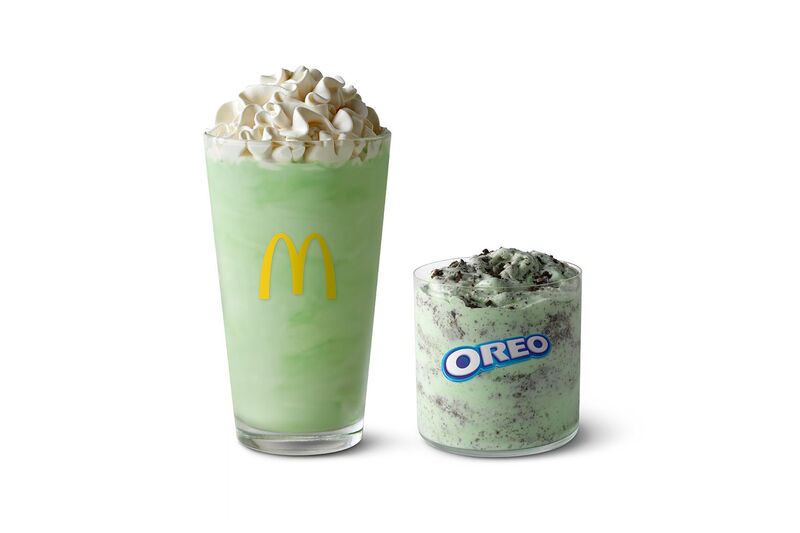 Ellen Smith — February 4, 2021 — Lifestyle
References: corporate.mcdonalds & hypebae
Share on Facebook Share on Twitter Share on LinkedIn Share on Pinterest
McDonald's Shamrock Shake is making a comeback ahead of the spring season. While winter may still be in full force, many brands are shifting gear to prepare for the quickly approaching St. Paddy's Day season. In order to celebrate, the fast food brand has introduced a highly popular seasonal offering aptly named the Shamrock Shake.

The green beverage was created in 1967, and has sold out every year since. It's comprised of mint and Oreo cookies, making for a minty and crunchy delight. In a press release, McDonald’s Senior Director of Culinary Chad Schafer stated, “For more than 50 years, fans have eagerly awaited the annual return of the Shamrock Shake, counting on the arrival of Shamrock Shake Season to mark the unofficial start to spring".