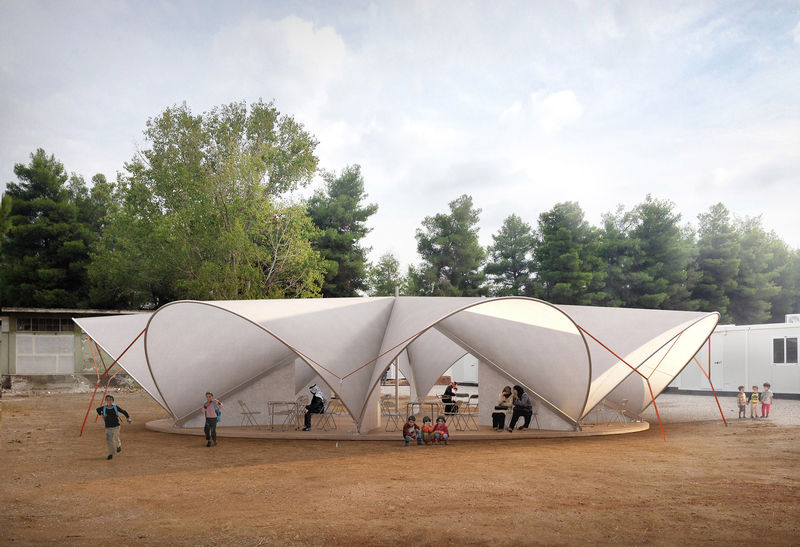 Joey Haar — May 22, 2017 — Art & Design
References: maidantent.org & archdaily
Aid organizations across Europe are struggling mightily to deal with the ongoing humanitarian crisis in Syria, and the Maidan Tent is an architectural project that hopes to contribute to those noble efforts. The tent, which was designed by Bonaventura Visconti di Modrone and Leo Bettini Oberkalmsteiner with support from the UN International Organization for Migration, aims to turn the refugee camps that are springing up around the fringes of the European continent into socially attractive spaces.

While much thought has been given to providing livable private spaces for the massive influx of Syrian refugees, little has been considered about public spaces more broadly. Refugee camps tend to be macabre areas, and Maidan Tent is a structure that hopes to subvert that idea by providing an attractive and airy meeting pavilion.
4.9
Score
Popularity
Activity
Freshness