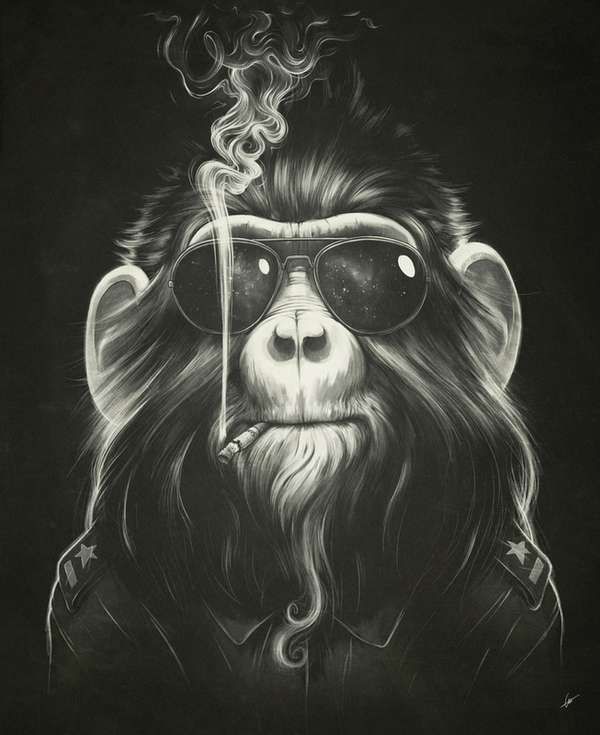 Jason Soy — December 9, 2011 — Art & Design
References: behance.net & abduzeedo
Share on Facebook Share on Twitter Share on LinkedIn Share on Pinterest
When people thinking about apes and clothing, their thoughts naturally gravitate to Nigo and his Bape clothing line, but Lukas Brezak is making a dent in that market with his own primate-themed apparel. That's not his main hustle, but I still think fashion designers should be weary of Brezak's existence as his illustrations would make for some pretty nifty shirts.

Lukas Brezak is a Brno, Czech Republic-based artist whose style is very contemporary and street influenced. He often personifies creatures to mimic rad human behavior and his images never fail to satisfy my desire for eye candy. An ape rocking Aviators while smoking a cigarette? A cat sporting an astronaut helmet? If you don't find these ideas cool, you know you're only fooling yourself.

Brezak creates his illustrations using vector graphics and digital rendering software, though the fluidity of his images may have you believing otherwise.
5.7
Score
Popularity
Activity
Freshness
Get Trend Hunter Dashboard