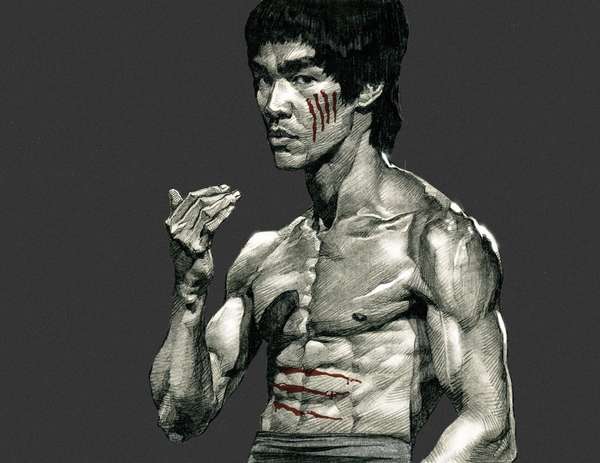 Jason Soy — December 5, 2011 — Pop Culture
References: facebook & kse332.deviantart
These Seung Eun Kim illustrations of the late and mythic Bruce Lee prove that immortality is attainable so long as a person remains in people's hearts and imaginations. Depicting that signature "you're about to lose this fight" glare everyone has come to love of Bruce Lee, Kim ensures the Chinese American martial artist remains relevant to modern audiences by producing images that shows just how much of a butt-kicking boss Bruce Lee actually was.

If you're thinking that these badass Bruce Lee pictures were drawn by some anonymous up-and-coming illustrator, think again; Seung Eun Kim is renowned for his work on some of the most widely known series in the film and animation industry. He's worked on shows like Godzilla, Jackie Chan Adventures and The Batman, won an Emmy and currently serves as the Supervising Director for Sony Pictures' The Boondocks.
6.3
Score
Popularity
Activity
Freshness