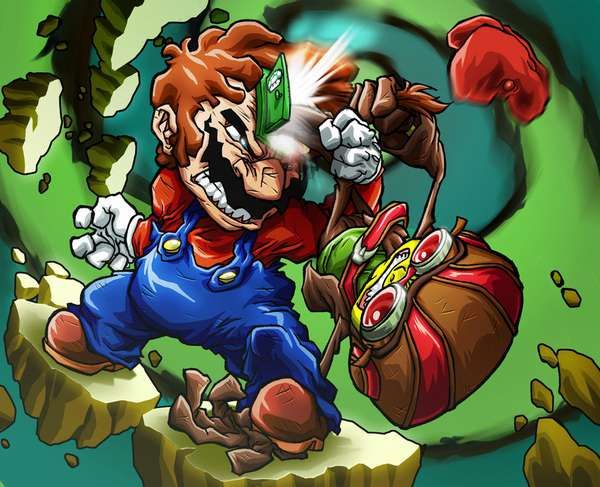 Jason Soy — December 7, 2011 — Tech
References: sebastianvonbuchwald & hermesgildo.deviantart
Share on Facebook Share on Twitter Share on LinkedIn Share on Pinterest
Mario from the Super Mario Bros. has never looked as aggressive as he does in these Sebastian von Buchwald illustrations. Not only does the Brooklyn, New York-based artist amp up the veins, wrinkles, scars and muscles in his versions of the playable Italian plumber, but von Buchwald actually has everyone's favorite princess-saver pummeling the protagonists of other video game franchises. I have no doubt in my mind that when this Mario utters the words, "It's a me, Mario!" he follows it up with a diminutive obscenity to intimidate his foes.

A few of the characters Sebastian von Buchwald has Mario locked in mortal combat with include Earth Worm Jim, Big Daddy, Angry Birds, Sackboy, Bomberman and Master Chief. Even with such an impressive roster of heroes, Mario looks the most badass of the bunch.
6.2
Score
Popularity
Activity
Freshness
Jeremy Gutsche Keynote Speaker