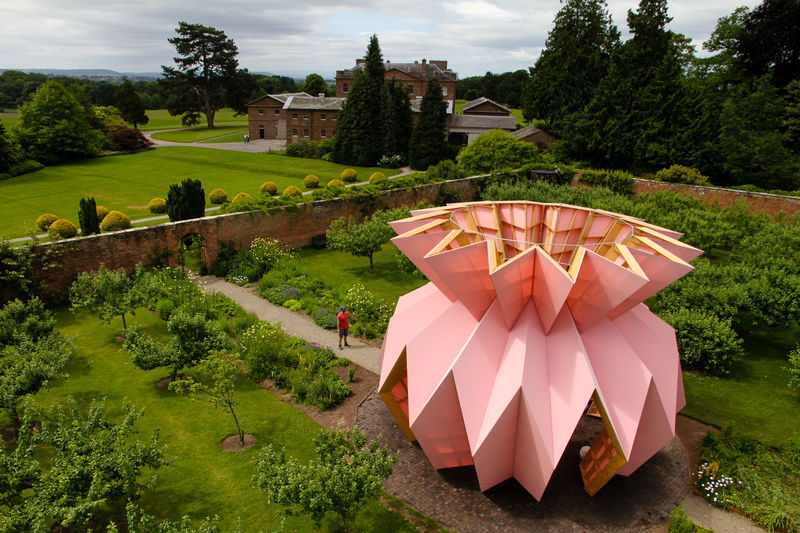 'Look! Look! Look!' is an Artistic Structure in an English Estate Garden

Joey Haar — July 12, 2017 — Art & Design
References: nationaltrust.org.uk & archdaily
Studio Morison, an art duo comprising Heather and Ivan Morison, has recently erected a new sculptural pavilion called 'Look! Look! Look!' The structure earns its name, as it presents a pleasing and spectacular image; placed in the middle of a stately English garden, the pavilion is shaped like an exotic blooming flower and has a gentle pink hue.

Look! Look! Look! is in the garden of the National Trust's historic Berrington Hall in Herefordshire. The neo-classical Georgian mansion was built in the 18th century, and many of the exhibits at the cultural landmark reference that history — which is part of why Look! Look! Look! stands out even more. The modern, bright, and angular structure contrasts sharply against the Georgian airs throughout the rest of the grounds.
5.4
Score
Popularity
Activity
Freshness