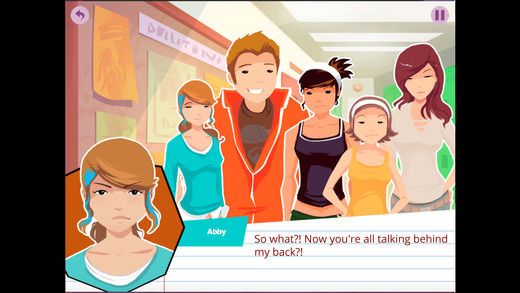 'LongStory' is an LGBTQ-Friendly Dating and Adventure Game

Laura McQuarrie — August 4, 2016 — Tech
References: longstorygame & itunes.apple
Share on Facebook Share on Twitter Share on LinkedIn Share on Pinterest
There are dozens of episodic adventure and dating games on the market, but 'LongStory' is one that sets itself apart from the rest for a number of reasons. The game is described as being one that takes an honest and authentic approach to gameplay "about surviving your teen years."

As an LGBTQ-friendly game, some of the most notable features of the gaming app include the ability for players to customize their appearance, pronouns and choose who, if any, of the five in-game characters they would like to date.

As in real life, the game's student characters must deal with the challenges and triumphs that come with making friends, handling bullies and coordinating plans with friends. The sixth episode in the LongStory series has just been released.
1
Score
Popularity
Activity
Freshness
Get Trend Hunter Dashboard