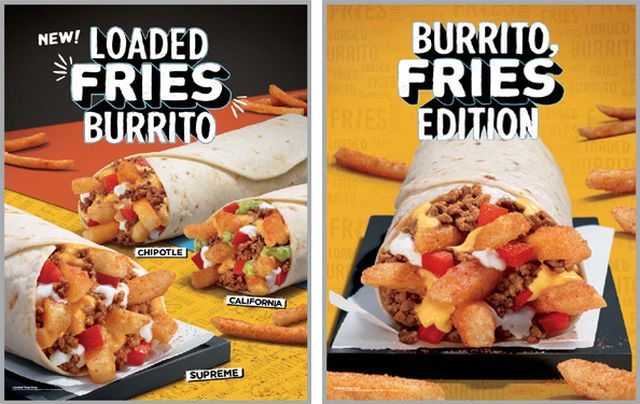 The burrito comes in three flavor varieties including 'California,' 'Supreme' and 'Chipotle,' which all feature seasoned ground beef with seasoned fries, nacho cheese, sour cream and diced tomatoes. The 'Chipotle' option features added chipotle sauce, while the 'California' adds in guacamole instead.

The Taco Bell Loaded Fries Burrito is being offered at participating locations for a cost of $1.99 and identifies the growing shift for QSR brands to infuse different menu items together. It's no doubt that this new menu item will fit in well with the other different options available.
5
Score
Popularity
Activity
Freshness