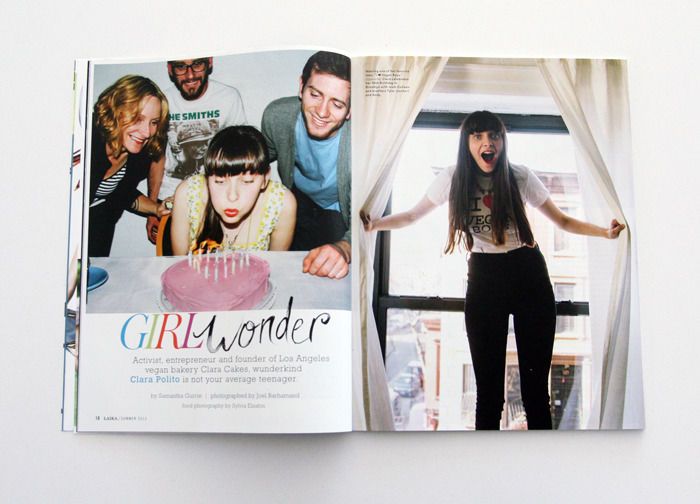 LAIKA Magazine Aims to Be a Guide to Modern Vegan Living

Laura McQuarrie — December 31, 2014 — Marketing
References: kickstarter & ecorazzi
Share on Facebook Share on Twitter Share on LinkedIn Share on Pinterest
LAIKA is a lifestyle magazine that features anything and everything to do with living a vegan life. Striving to spread creativity and compassion, the publication includes all facets of a vegan lifestyle from arts, food, fashion to travel and culture. As for some of the stories in the vegan magazine, you’ll get a look into the lives of activists, animal sanctuaries, in addition to a number of tasty plant-based recipes.

Although the magazine does not have a full-time staff supporting the creation of each issue, it is run by a series of contributors including members of the vegan community. Now, LAIKA is running as part of a Kickstarter project to expand distribution, channels of communication and strengthen its message.

As for the proud vegans that grace the covers of LAIKA magazine, celebrity Emily Deschanel makes an appearance on the number four issue.
1.7
Score
Popularity
Activity
Freshness
Get Trend Hunter Dashboard