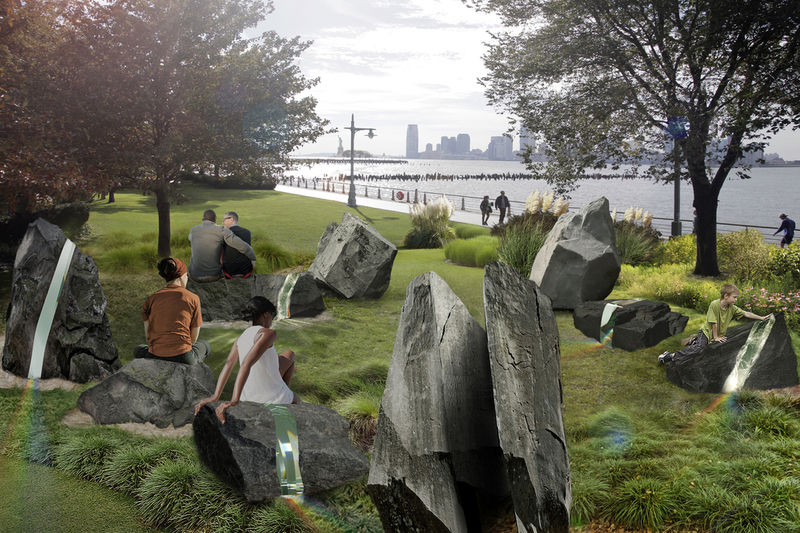 Joey Haar — June 30, 2017 — Social Good
References: ny.gov & archinect
After the tragic shooting at Pulse nightclub in Orlando, Governor Cuomo of New York established the LGBT Memorial Commission to create a public testament to the community's fight for equal rights. Now, the commission has announced a winning design for the memorial, unveiling early concept art and the location of the future work.

The winning LGBT memorial concept was designed by Anthony Goicolea, a Brooklyn-based mixed-media artist. It consists of nine modified boulders, some of which will be bisected by clear, laminated borosilicate glass. When the sun hits these various angled glass segments over the course of the day, they will act as prisms, fracturing the light into rainbows — the unifying symbol of the LGBT community.

The monument will be built in Hudson River Park, which is on the edge of Manhattan in Greenwich Village. That location is also significant, as the West Village has been a historically influential neighborhood in the history of LGBT rights movements.
1.5
Score
Popularity
Activity
Freshness

LGBT Latin Festivals
This Miami Festival is Aimed at Creating a Fun, Inclusive Space for Visitors